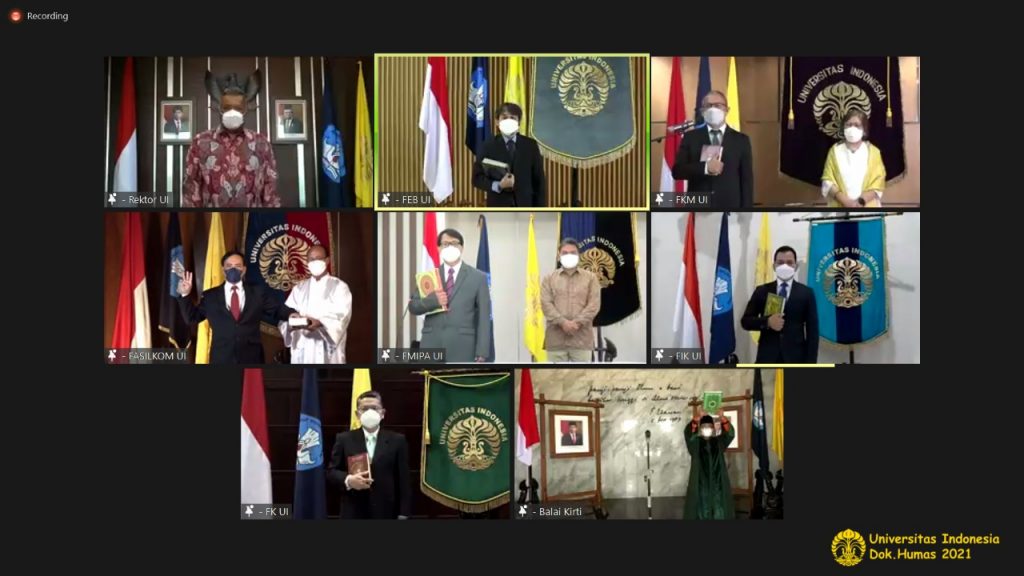 In his speech at the inauguration, Prof. Ari Kuncoro said that the presence of the deans of these faculties is expected to provide a new spirit for UI which is transforming into an entrepreneurial university era. The world is changing so fast that it requires an extra-fast adaptation process, information technology is increasingly dominating every element of life, and the campus situation is increasingly dynamic, requiring hard work and smart work from university leaders. The journey into this new phase for UI is certainly not an easy matter compared to the traditional university/conservative university era.

“The solution to the changes around us must be able to be overcome with the ability to read the situation and be adaptive to the turmoil of change. I’m sure, if we all have the same and belief in bringing UI to a better direction, then that hope is not just a dream. The role of the dean in leading the faculty is highly expected, so that UI as our big ship will arrive at its destination, “said Prof. Ari.

The newly appointed dean will serve for 4 years. Previously, one of the elected Deans, Prof. Dr. Yoki Yulizar, M.Sc, resigned due to health reasons and was replaced by Dede Djuhana, Ph.D. The inauguration ceremony was attended by members of the Board of Trustees, Council of Professors, Academic Senate, Vice Chancellors and University Secretaries, Deans, School Directors, and Vocational Directors of UI.